A baby can be a magical creature, but sometimes they’re even more so.

For a while now, moms have been describing their babies as unicorn babies, rainbow babies, and the like. For a new parent this can be confusing, so in this article we’re going to break down what each one means.

What is a Unicorn Baby?

Unicorn babies may or may not result from a unicorn pregnancy. Unicorn pregnancies are magical/perfect with zero complications or hiccups.

What is An Angel Baby?

Angel babies are babies lost to stillbirth, miscarriage, or neonatal death. It’s also used for SIDS and other types of early death.

What is a Rainbow Baby?

A rainbow baby is a baby born after the mother has had an earlier pregnancy end in miscarriage, stillborn birth, or neonatal death. The loss of a pregnancy or very young infant occurs before the birth of a rainbow baby.

Rainbow babies are thought of as the rainbow after the storm, and bring their parents joy and light after a dark time of loss.

What is a Double (or Triple) Rainbow Baby

What is a Unicorn Rainbow Baby?

A rainbow unicorn baby is a baby that is thought of as both a unicorn baby and a rainbow baby. So they are magical and perfect in every way, sleeping through the night and never fussing (unicorn baby), but we’re also born after a previous pregnancy ended stillborn birth, or neonatal death (rainbow baby).

What is a Sunshine Baby?

A sunshine baby is a child born before the loss of another pregnancy. The parents are actively raising this child during the time when they were expecting another baby but had a loss due to stillbirth, miscarriage, or neonatal death.

They bring joy and light to their parents at the same time they are experiencing pain, sorrow, and grief from a loss.

April is Violet's mom. April founded Babies for Beginners in 2020, following the success of her first authority website, Cloth Diapers for Beginners. April is an author and experienced writer with 15 years of experience writing, publishing, and editing for various newspapers, magazines, books, and blogs.

link to Inexpensive Holiday Activities to Do with Your Toddler

Now that the weather is beginning to cool off, it’s time to plan out some fun activities during the holiday season! The chaos of gift shopping and hosting family members can make the holiday...

Young children have a wonderful way of breathing new life into traditions and holidays – and Halloween is a prime example. Their wonderment and enthusiasm are all the motivation many of us need to... 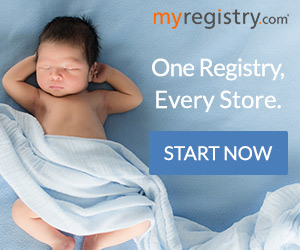